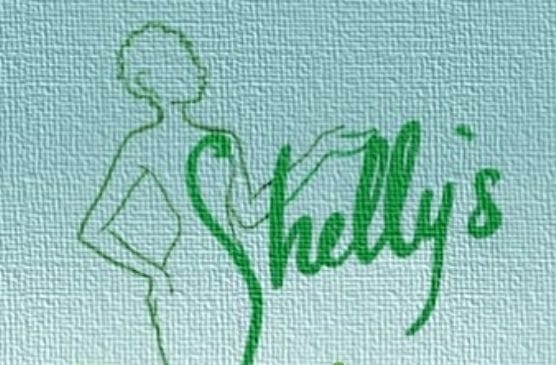 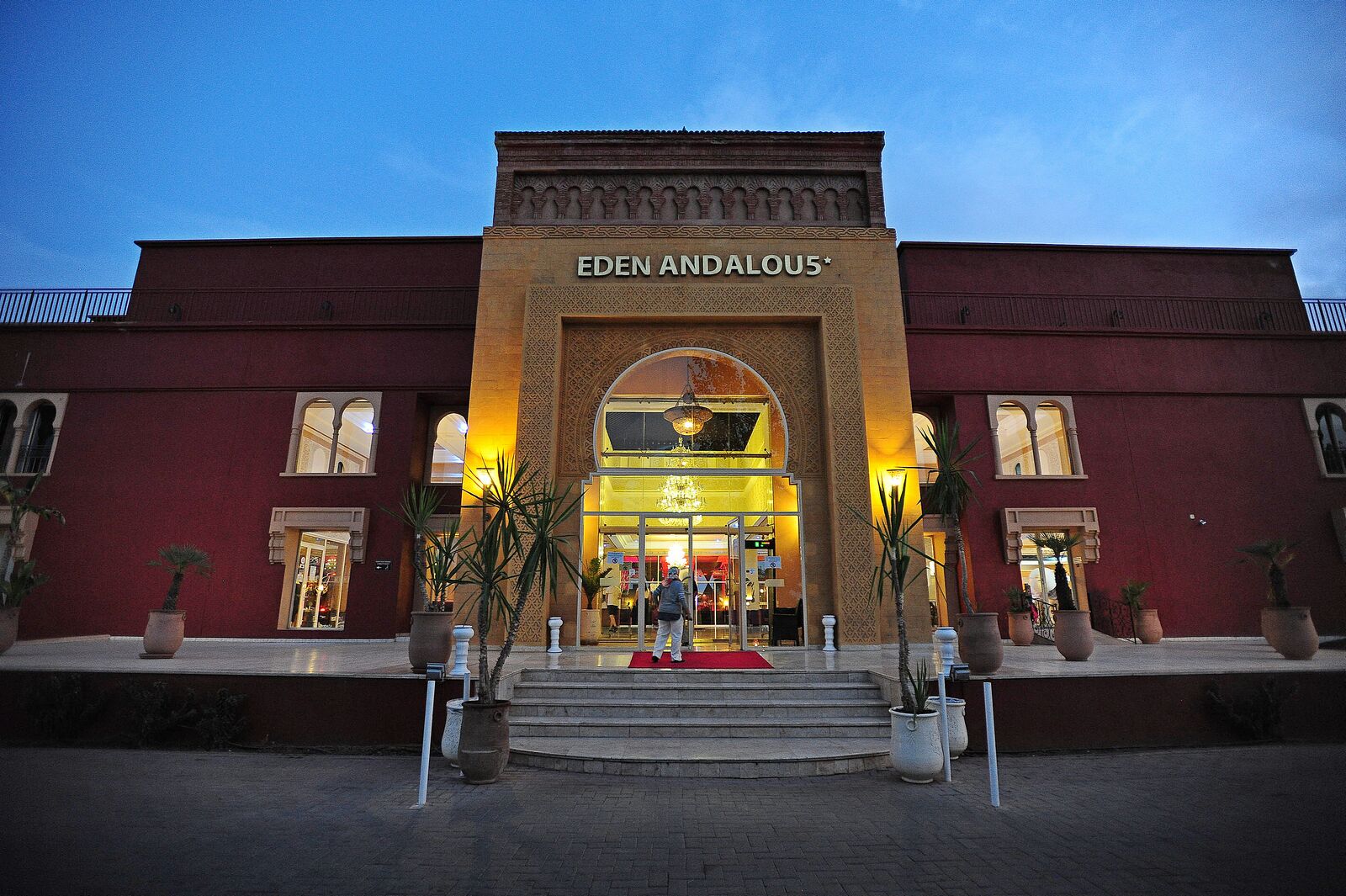 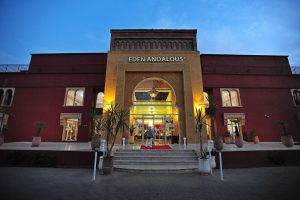 This summer I visited Morocco for the first time with my partner. I had heard many stories about how lovely Marrakech was and I wanted to see this for myself.  Before booking I checked out the seasonal temperatures.  In September, when I wanted to fly, it would still be hot. The average temperature was said to be around 26°C (that’s about 79°F)).  This was just right for me. Anything hotter would be too unbearable. The next thing to do was find the perfect hotel for my budget.  We reviewed a number of hotels.  Initially, I found it difficult to decide whether to stay in one of the many well-known hotel brands, where I could expect the usual amenities, or a more traditional Riad accommodation.  The Riads were typically smaller privately-owned guest houses with a more traditional Moroccan layout and decor. Most were very conveniently based in the centre of town.  After contemplating for a while, we decided on the Eden Andalou Hotel Aquapark & Spa which is located just outside of the main town (around 20 minutes’ drive).  We chose this hotel because the grounds, facilities and rooms looked very spacious and attractive.  Also, it combined a very traditional décor with contemporary amenities.  Plus it offered a very competitively priced all-inclusive package. We felt it offered the best of both worlds: all the mod cons of a five-star hotel, without losing the traditional style and flavour of a Riad.  The only forfeit was that it was not in the centre of town.  However, we could travel into the centre of Marrakech quite quickly and easily, using the hotel’s free shuttle bus service.

Before my trip I discovered that it would not be so easy to buy local currency from the UK. After enquiring at three bureau de changes and being told the currency was unavailable, I took to the internet, and from there found out that Moroccan Dirham (MAD) was a closed currency. This meant that there were restrictions on the amount of their currency that could leave Morocco. The best place to buy Dirham would be at the airport in Marrakech, although it is also possible to get a small amount from British airports too. I wanted to have some money on arrival in case of an emergency, so I decided to purchase a few Euros (which are valid in Morocco). I also managed to buy a few Dirhams at Gatwick Airport (You’re allowed to bring in or take out 1000 MAD (around £65). It’s worth noting that the exchange rate for purchasing Dirhams at Gatwick was considerably worse than the exchange rate available once in Marrakech.  100 MAD was equivalent to £8 at Gatwick, whereas in Marrakech 100 MAD was worth £12.  Best to wait until you get there to buy your Dirhams. 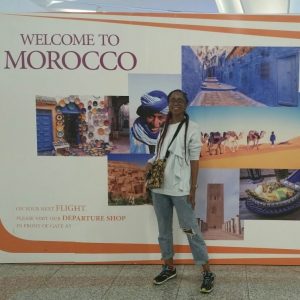 It was quite a short flight to Marrakech (only 3.5 hours), and since Morocco is in the same time zone as the UK, there was no threat of jet lag. We arrived at Marrakech early that evening. On leaving the airport I could immediately feel extreme, almost tropical heat. We were expecting to see a hotel shuttle bus for Eden Andalou (as we had seen online that they do an airport pick-up) but we could not find our bus, and assumed perhaps we needed to book this in advance.  We therefore jumped into one of the many taxis parked outside. We were unsure what the going rate was but knew that our hotel was only about 20 minutes from the airport.  Our driver asked us for 260 MAD (around £20). We found out later that this journey should not have cost more than about 150 MAD. When we enquired about the absence of the hotel shuttle bus, we were told that they did not have a shuttle to/from the airport (This is contrary to what was written on their website).  Looking out of the window on our drive  to the hotel, I was a little underwhelmed and did not find the scenery to be very picturesque.  Almost every building was a dusty sandy colour, with some being a pale terracotta.  There was hardly any trees or greenery.  I guess this is typical of very hot dry countries. 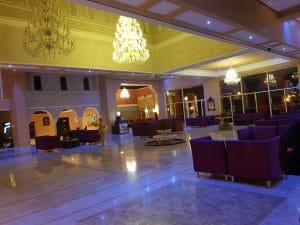 We were not however disappointed when we arrived at the hotel.  The lobby was spacious, sophisticated and colourful. We were welcomed with a glass of mint tea.  The porter gave us a quick tour of the hotel and grounds before taking us to our room, which was actually a suite. It was as clean, spacious and as attractive as in the pictures we had seen online. Each room had a separate alcoved lounge area with sofas and a coffee table. Our room was above the pools, but our privacy was protected by several olive trees.  My first impression of the hotel was that it was big. The grounds were vast and there seemed to be a number of areas to explore and wander, or just relax and chill. The grounds were peppered with olive and caper trees and other luscious plants. Inside, there were long corridors which led to separate Riads (rooms were situated around gardened courtyard areas). Some of these corridors were dark until you approached them (they had automatic lighting) which initially made me feel a little uneasy. 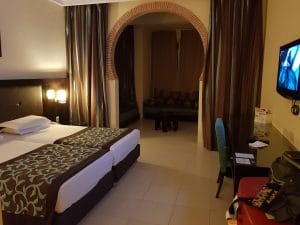 Our room at Eden Hotel 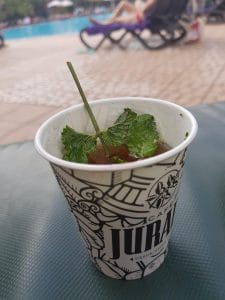 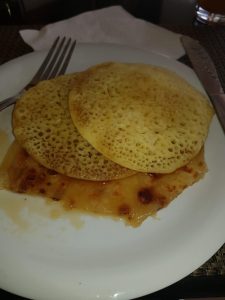 After freshening up we went down to the main dining area to have our evening meal.  The majority of people were eating in the outside dining area.  We headed inside to check out the buffet Buffet at Eden hotel) and was pleasantly surprised. There was a good combination of hot and cold foods: a vast salad bar with a variety of fruit and veg; a carvery table; fish, either fried steamed or baked; a pasta bar; a tempting deserts bar as well as soups, breads, chips and pizza (favourites for the kids or the less adventurous). The dinner offerings each day were very similar, however there were variations in the main dishes, i.e., a different carvery meat, a different tagine dish – either meat, fish or vegetables.  Lunch and breakfast buffets were equally appealing. For lunch there was usually a stir-fry station along with an outdoor BBQ station serving either kebabs, barbequed meat or fish. For breakfast there was an omelette station, a traditional msemen (Moroccan crepes) station. fruit salads, breads, cheeses, cereals etc.  Breakfast was my favourite meal.  I completely indulged. I would start with a cup of fresh mint tea to go with my crepes with honey and would follow this with pomegranate and cucumber juice to wash down my fully loaded omelette with toast.  If you are a lover of baked beans, bacon and sausage, they did have this there, but it looked and tasted wrong.  Morocco is mainly a Muslim country therefore I don’t believe the bacon or sausages were pork. If you were still hungry between lunch and dinner, poolside snacks (pizza slices, pasta etc) were available between 5-6pm.  Unlimited drinks were also available all day, including wines, local beers and cocktails (although very basic).  My favourite tipple was either the Pina Colada or the fresh mint tea. The only downside I had to my eating experience there was that whether you ate inside or outside, there was a possibility that birds (Robins) would be flying around your plate if you left it unattended. The other thing was that some of the meat dishes tended to be a bit Luke-warm if you were not one of the first to get to the tray

There was no shortage of pools at Eden. There are two full sized pools, one deep and one shallow at the centre of the hotel, as well as a smaller kids paddling pool. In the Aqua Park area there is also a swimming canal and smaller pools. The gym and spa area had an indoor heated pool too. However, you are charged extra to use this pool and therefore this was usually empty.  There is a very lively and friendly Animation team who meet poolside daily with a schedule of entertainment to included things like water polo, Zumba and aqua aerobics, all done to a backdrop of a DJ playing the latest hits. I had a go at playing something a little less active – boules, which was surprisingly fun. Crossbow shooting was enjoyable too.  There were also several activities and games for kids. The Animation team also had an evening schedule with games, live music, theme nights, belly dancers, you name it. This went on until about 11pm.  After that, if you so desired, you could party on at the Nightclub. 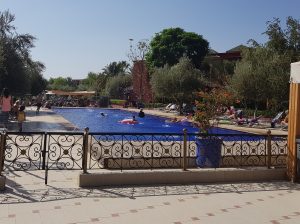 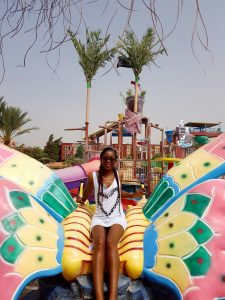 One of my most enjoyable days at the hotel was the day we spent at the water park. We almost forgot it existed as it is set slightly apart from the main hotel. It can be accessed by the public, although as September was a little out of season there were no external visitors.  It was the perfect place to cool down from the burning hot sun, with its thrilling water slides, waterfalls, dingy rides and activities for all ages. There were plenty of adults splashing around like kids (my other half was in heaven). Alternatively, you could relax and chill in the sun under a palm tree.

-A variety of food and snacks. Water bottles were handed out freely

-The staff and the Animation Team

-Good Wi-Fi coverage around the hotel

-Plenty of areas to chill, a selection of pools

-A good mix of cultures from around the world

-All Standard rooms had two twin beds pushed together. Double beds were only available in Family suites (not ideal for couples)

-Corridors tended to be dark

We spent 10 days at Eden Andalou. All in all, this was an enjoyable stay. A few days were spent just chilling by the pool and soaking up the atmosphere.  Other days were spent travelling to the main town and the local souk markets. I thoroughly enjoyed this see my blog Marrakech souk markets for more info). We also went on a double excursions (see my separate blog Dunes and Desert quad bike and Camel ride combo. I would recommend this hotel for families as well as couples.  I intend to visit Marrakech again, albeit for a much shorter trip, and would be happy to stay at Eden Andalou Hotel Aquapark & Spa.

FREE delivery on any purchase of our 5 Day Juice Plan before 31st March 2021. Add the coupon JUICEPLAN at checkout to activate. Dismiss