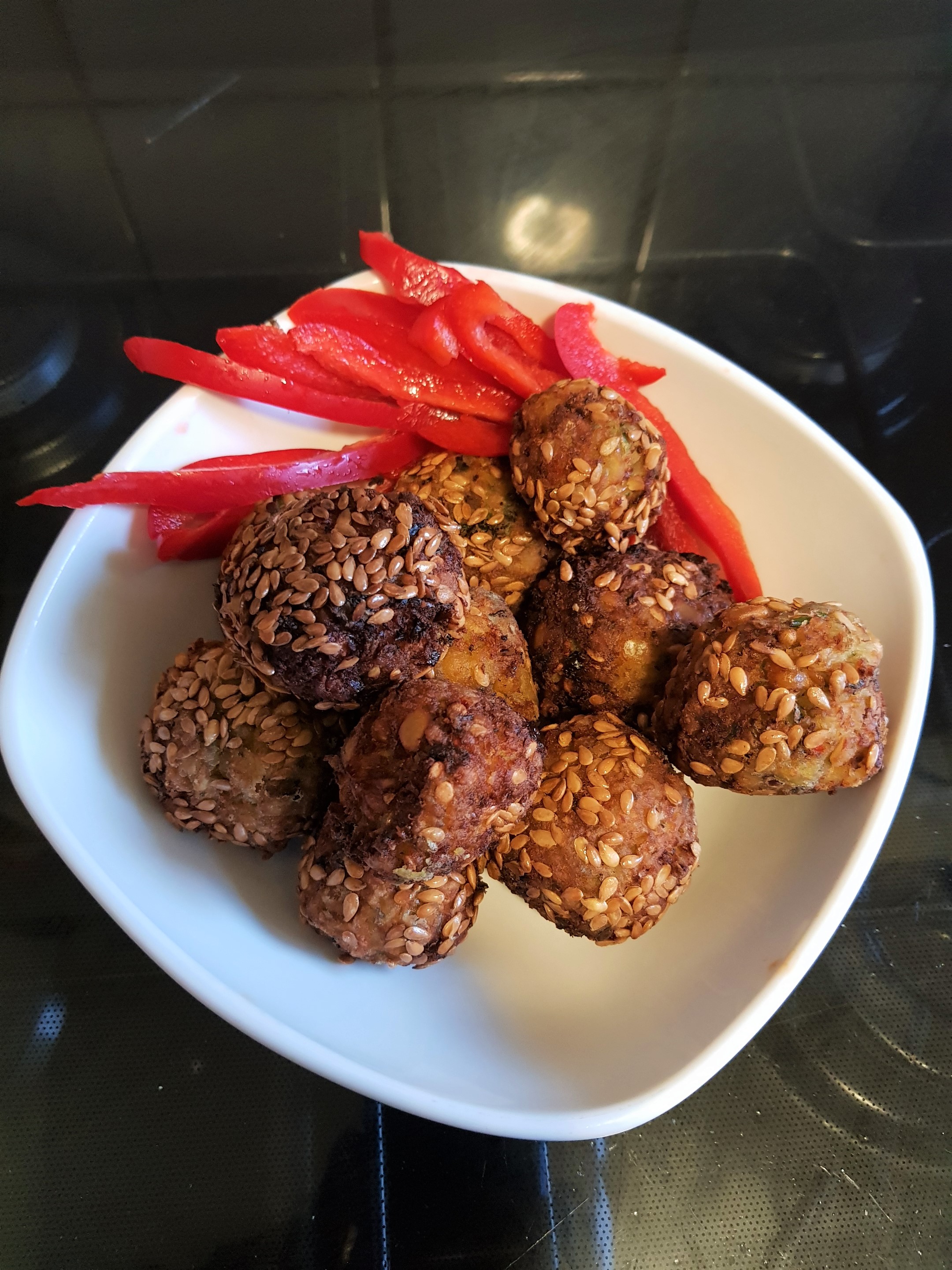 I love falafels, so decided to find an authentic recipe to allow me to make them myself at home.  The only thing I knew about falafels was that chickpea is one of the main ingredients, and that they are a traditional Middle Eastern staple.  I learned that in fact the dish originated in Egypt (North Africa).  I compared a number of recipes as I wanted mine to be authentic. Whilst looking, I learned that the main ingredient was not necessarily chickpea, but that in some regions broad bean (also known as fava bean), or a combination of both are used.  The basic ingredients found in almost every recipe are chickpeas (or broad beans), coriander, onion, garlic and either breadcrumbs or sesame seeds to coat. I noticed that some recipes contained extra ingredients like bicarbonate of soda, flour and egg.  For my falafels I followed a traditional recipe as much as I could, but made some adaptations based on my preferences and the ingredients I had at home.

Here are the ingredients I used in my recipe:

Falafels are quite easy to make. Once you have all of your ingredients ready.  Blend them together in a food processor slowly (with a pulse) so as not to over process.  Some recipes suggest that you blend everything until you have a completely smooth mixture.  However, if you prefer a more wholesome or dense falafel, then you should not make the mixture too smooth.  For my recipe, I separated my ingredients into two halves.  I blended one half until it was a smooth paste (I added the lemon juice to help with this). The other half was less pulverised and had more of a course texture. I then combined them both.  I had to tailor my recipe according to ingredients I had at home. I didn’t have any coriander and therefore used finely chopped curly Kale instead.  Also, because I love onions and garlic I had a high quantity of both in mine.  Most recipes suggest half an onion and maybe 2 cloves of garlic. I decided to include bicarbonate of soda in my recipe to ensure they were not too dense.  Many of the recipes I looked at suggest that you then refrigerate the mixture for about half an hour. This is to make it easier to shape. To do this I sectioned off small pieces by hand (or you could use a falafel scoop). I dusted with flour and then rolled into balls (you can also flatten them out like a patty).  In some recipes, they were then coated in breadcrumbs or sesame seeds before frying.  I liked the idea of sesame seeds, but did not have any, so used flaxseeds instead.

Shallow frying is possible, but I soon realised that deep frying was the best option. I used a small pot with enough oil to almost cover them. Once the oil was hot enough they cooked very quickly.  I was very pleased with the end result.  They not only looked good but were very tasty. I served mine with salad and a tahini dip.  They are traditionally served with pitta or wrap breads, salads and pickles.

My family loved them! 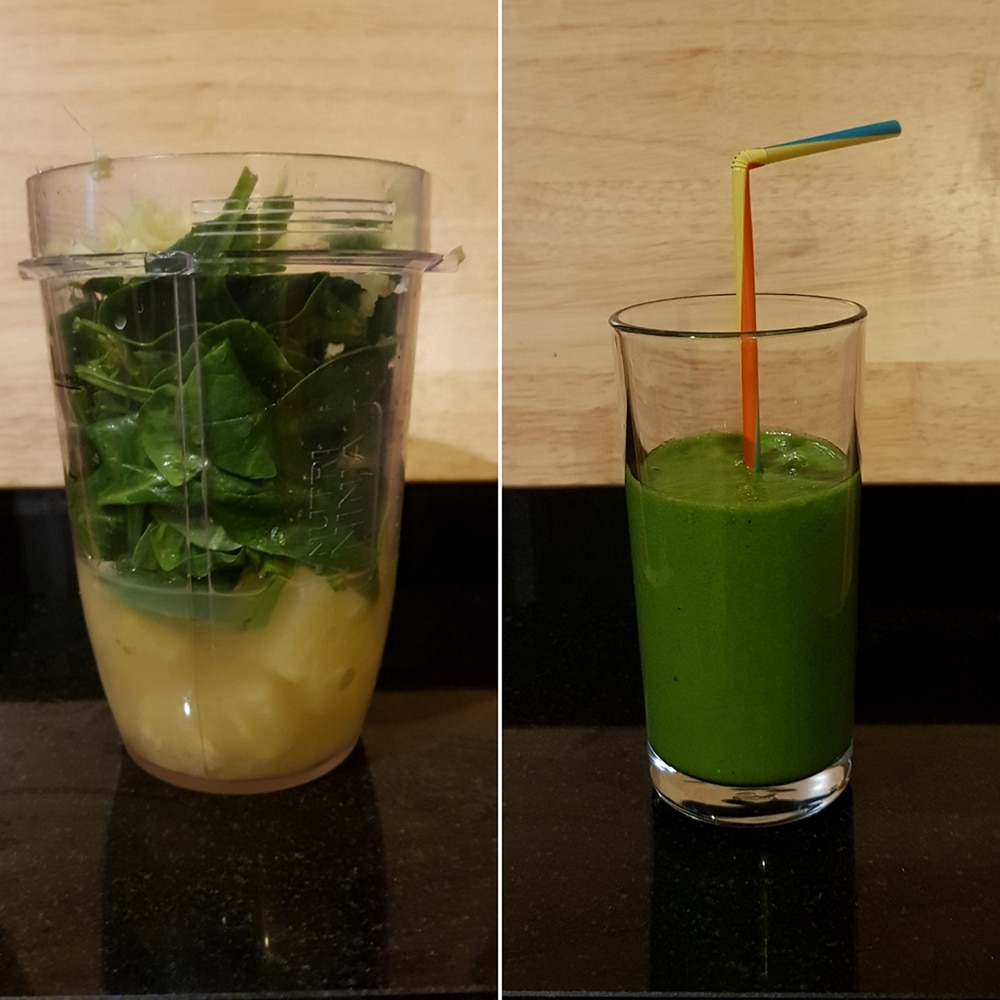 This lean and green pineapple, spinach and ginger smoothie is one of my favorites and is the perfect “pick me up”.  Its packed with everything I need for the day.  The combined ingredients contain a selection of vitamins, minerals and antioxidants. Its particularly high in vitamins A and C and therefore guaranteed to boost you immune system.  Also, the spinach has a high iron content which should increase your energy levels; the ginger has anti-inflammatory properties; and the pineapple is said to alleviate muscle aches and pains. Making this a good all rounder.

I used a large handful of washed baby spinach, a small tin of pineapples (in its own juice) and about an inch and a half  sized piece of fresh ginger, which was peeled and grated.  This is a dairy-free smoothie so perfect for vegans.

Don’t let the green color scare you. Its very tasty! Its best to drink smoothies first thing on an empty stomach. 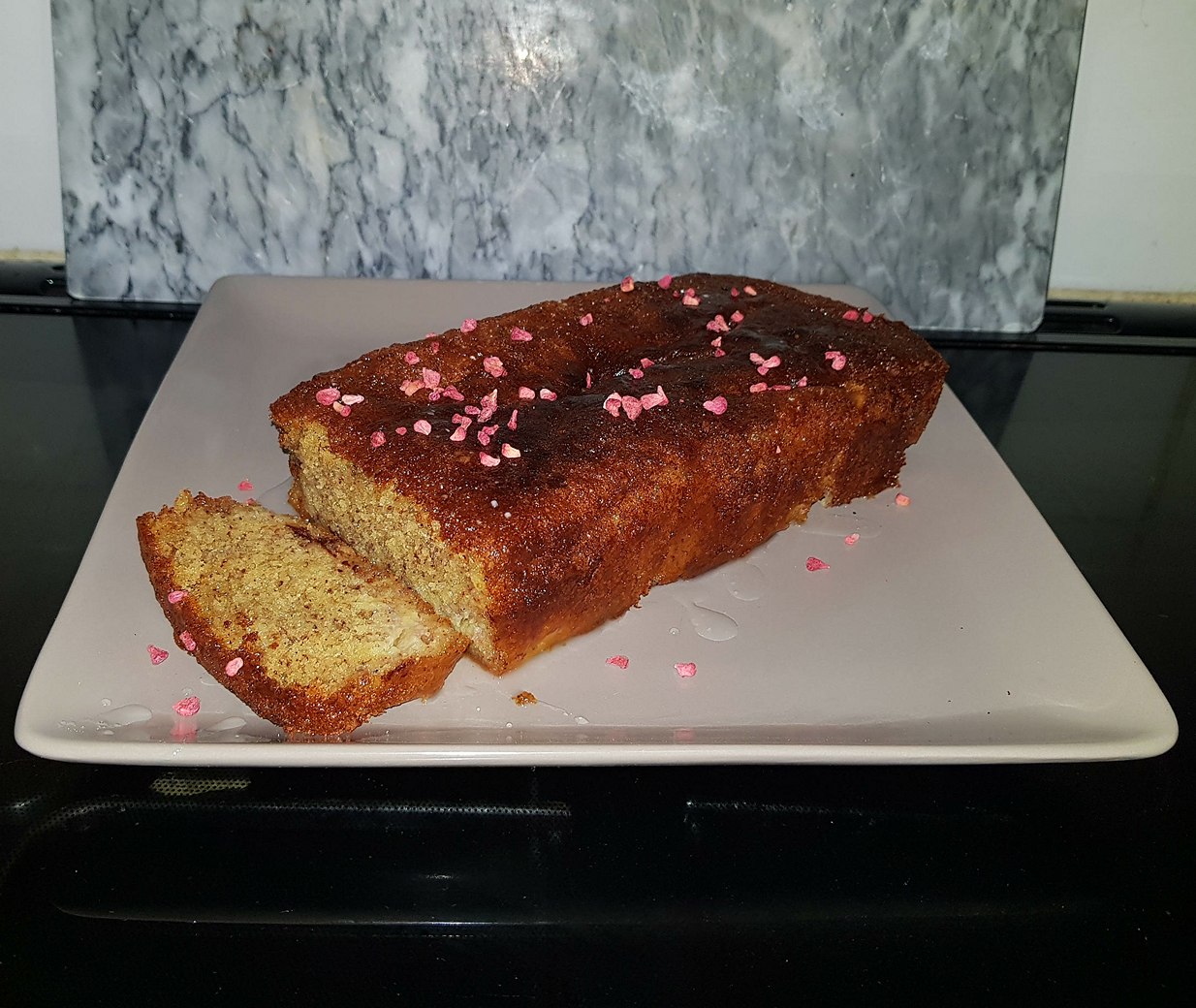 I had a few over-ripe bananas sitting in my fruit bowl so decided to make a banana loaf.  I found this quick and easy recipe on the BBC Good Food website and it so happens that I had most of the ingredients already.

The full recipe can be found here.  I made a couple of adaptations to the recipe by substituting half of the butter for olive oil; adding ground cinnamon bark; grated Grenadian dark chocolate (which contains ginger) and a sprinkle of freeze dried raspberries to decorate.

It was very quick and easy to prepare (I whisked by hand) and baked in 30 minutes.  The finished texture was soft and light. More of a cake than a bread. I was very pleased with the results. 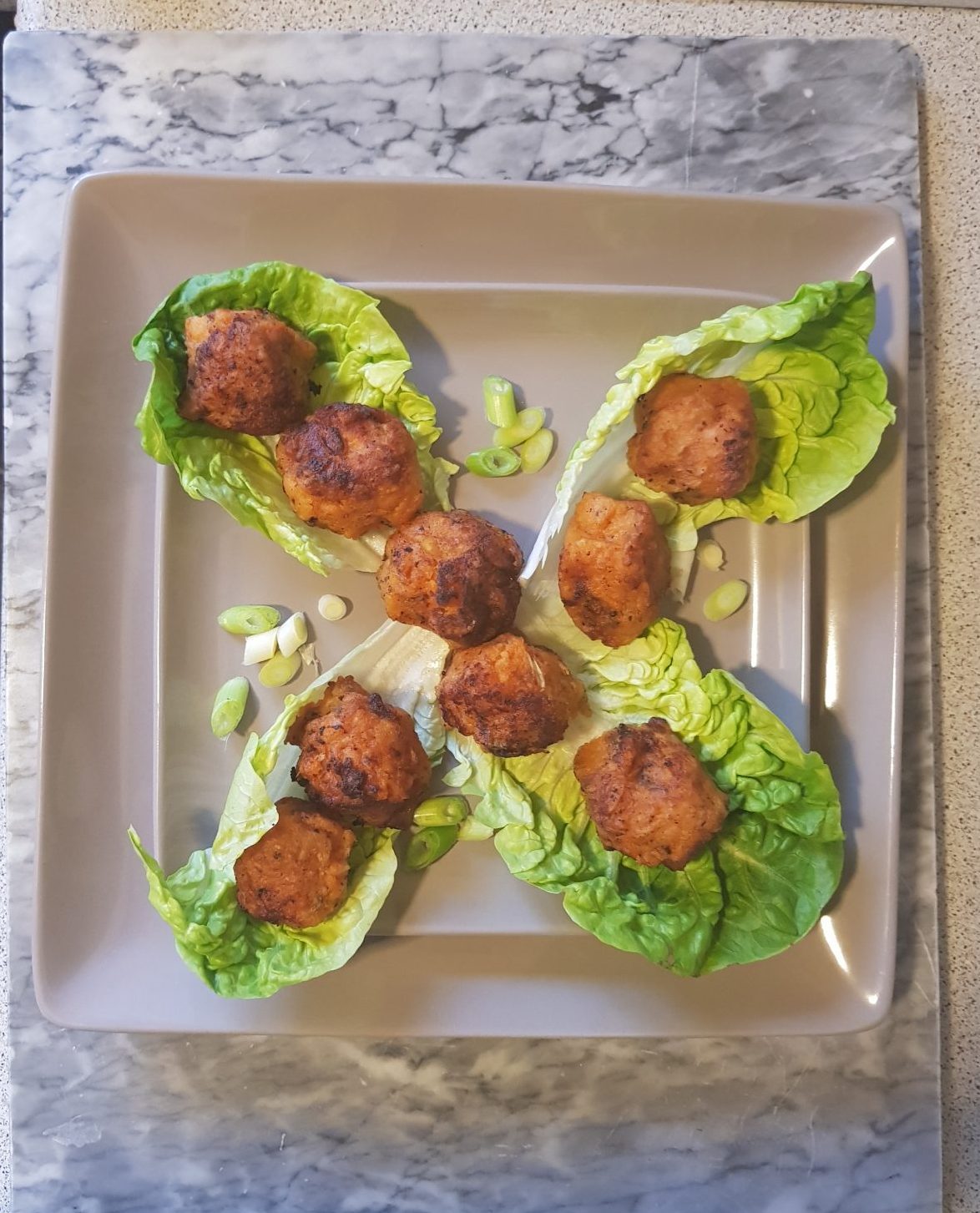 These sweet potato pillows are very easy to make.  They are light, fluffy, delicious and gluten free.

Coarsely mash the potatoes and then add a knob of butter and a quarter of a cup of oat milk.  Stir this in and then continue to mash until you have a smooth consistency.Finely chop two spring onions and stir this into the mash.

Use a tablespoon to scoop some of the mixture into your hands (which should be liberally dusted with flower) roll into a ball and set aside.  Continue doing this until you have used up all the mash (should create around 12 balls).

Heat a large frying pan with about half a centimetre of oil. At the same time, pre-heat your oven to gas mark 5.  Once the oil is hot, fry the sweet potato pillows, making sure to turn on each side.  Once brown, remove from the pan, carefully dry off excessive oil with a paper towel then and place on a baking tray.  Finish off in the oven for about 5-10 minutes.   The pillows will remain light and fluffy to touch so be careful when handling them.

These Sweet Potato Pillows are a quick and tasty accompaniment to any meal.  They can also be served as an hors d’oeuvre with sweet chilli sauce.

OFFER: Sign up to our 5 Day Juice Plan before 31st November 2020 for only £11.00 per week with with free delivery. Purchases from December onwards will include a £3.50 delivery charge. Dismiss